After creating the dark and realistic world on “The Snurks/Back to Gaya”, it was fun to work on a more
cartoony and upbeat place like  Impy’s island called Titiwu. Our goal was to give the classic story, which
was adapted from a popular marionette TV show of the late sixties, a more modern CGI-look.

On a magical tropical island, a fun-loving group of misfit animals and people make a marvelous discovery
…. a baby dinosaur frozen since prehistoric times! Little Impy, as the call him, is loving his new family and
ready to explore the strange new world. But when a king from a faraway country vows to capture the
loveable  baby dino for his private collection, all the inhabitants of Impy’s island must join together
to save their new friend. 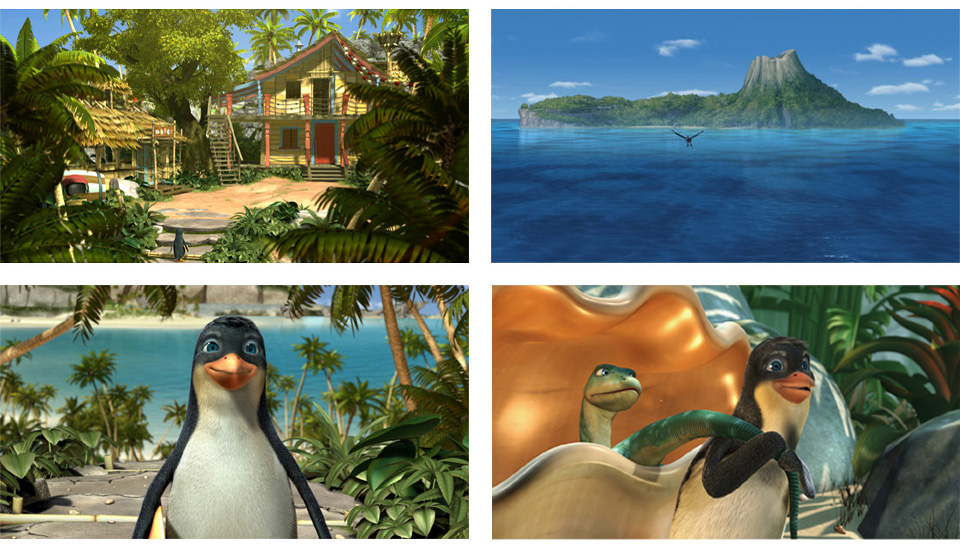 The success “Impy’s Island”/“Urmel aus dem Eis” enjoyed in Germany demanded a sequel. This time around we
redid Titiwu, to add more details on existing locations. The light look of the renderings were reworked and we
created new locations outside the island as well; mainly the huge theme park, called Barnabys World”.
It contained a big roller coaster, a prehistoric stage show, a haunted castle and much more.

The evil Barnaby is looking for some new attractions for his bankrupt theme park. Upon hearing of a living dinosaur,
he embarks on a trip to Titiwu to persuade Urmel (Impy) to leave his home and become a star of the theme park.
Urmel agrees, but find himself a prisoner in a strange new place.